Concussion is the most frequent form of brain injury, especially in contact sports like football and rugby, but is often seen as the least serious. The immediate effects of a concussion are becoming well recognised. In the vast majority of concussions, the individual appears to make a full recovery and makes a staged return to normal life and sport

All concussions are serious, it can be potentially career-ending and life-changing for every player in sport.

What are the symptoms of a Concussion?

Concussion produces symptoms that an individual is aware of (e.g. headache, dizziness) or signs that another person can see (e.g. balance disturbances).

Symptoms of concussion can be both physical and cognitive.

Loss of consciousness (being knocked out) occurs in less than 10% of concussions. It is not required to diagnose a concussion.

How Long do Concussions Last?

Changes in white matter, brain connections and blood flow can persist a year or more after a concussion. Returning to play too soon can increase the risk of sustaining further injury and subsequent symptoms, requiring a prolonged period of recovery. Repetitive concussions with sub-concussions lead to long-term progressive symptoms of brain injury due to Chronic Traumatic Encephalopathy (CTE).

A concussion can last from hours to days and depends on each individual case. Early recognition is key. Initially, there is a need for 24-48 hours of rest, followed by gradual resumption of everyday activity, and then a graduated return to cognitive and physical activity. For more serious symptoms, the period of rest should be extended and a reduction in physical activity recommended.

While the more serious concussions can last anywhere from weeks to months, it is vitally important to confidently know the signs of a concussion and to contact your healthcare professional for the correct guidance and advice.

There are risks in returning to play too soon after a concussion. Another impact has the potential to be fatal – Second Impact Syndrome, although this is rare, and most common among children and youth players.

How to treat concussions

An adult should stay with the player for 24 hours after the concussion in case symptoms worsen or new symptoms develop.

When can you return to play after a concussion?

You should be symptom-free and have returned to normal school or work activities, as well as have evidence of completing a staged returning to learning and returning to play protocol.

It is recommended that players wait at least 30 days after a concussion to return to play.

What happens if you play sport with a concussion?

If a concussion is sustained during sport, the player should be removed from play as soon as they are suspected of having a concussion. Those who continue to play after suffering a concussion are more likely to have a higher number of symptoms and more severe symptoms, compared to those who stopped playing immediately after their injury.

Data showed that athletes who played for just 15 minutes after sustaining a concussion took, on average, 25–28 days longer to recover than players who were removed from play immediately.

How Frequent is Concussion in Sport?

Likely concussion and brain injuries for women in England playing football and rugby is x 13 times greater than the number of women diagnosed with breast cancer in the UK each year.

Likely concussion and brain injuries for men in England playing football and rugby is x 39 times greater than the number of men diagnosed with prostate cancer in the UK each year.

Growing awareness, legal action and media interest have meant that brain injuries in football, rugby, hockey and other contact sports are being taken more seriously by their regulatory bodies.

How to reduce concussion in sport

There are a number of ways that sports are trying to reduce concussions during play. They include:

Unfortunately, when it comes to protective headgear in sport, the focus is not on reducing rotational forces to the brain and sub-concussions , but rather general head impact and skull protection.

This is where our Halos® headbands for concussions and sub-concussions come in. Our headbands are proven to reduce the damage of rotational forces to the brain by 61%.

What is a sub-concussive impact? It is an impact that damages brain cell function, but does not produce overt signs or symptoms. Sub-concussions go largely unnoticed.

The force to the brain to cause a concussion is 2-4 times greater than for a sub-concussion, but sub-concussions are over 500 times more frequent.

Is a sub-concussive impact only from heading a football? No. They can come from head-to-head, head-to-ball and head-to-ground impacts. In football, only 13% of head impacts come from the ball. 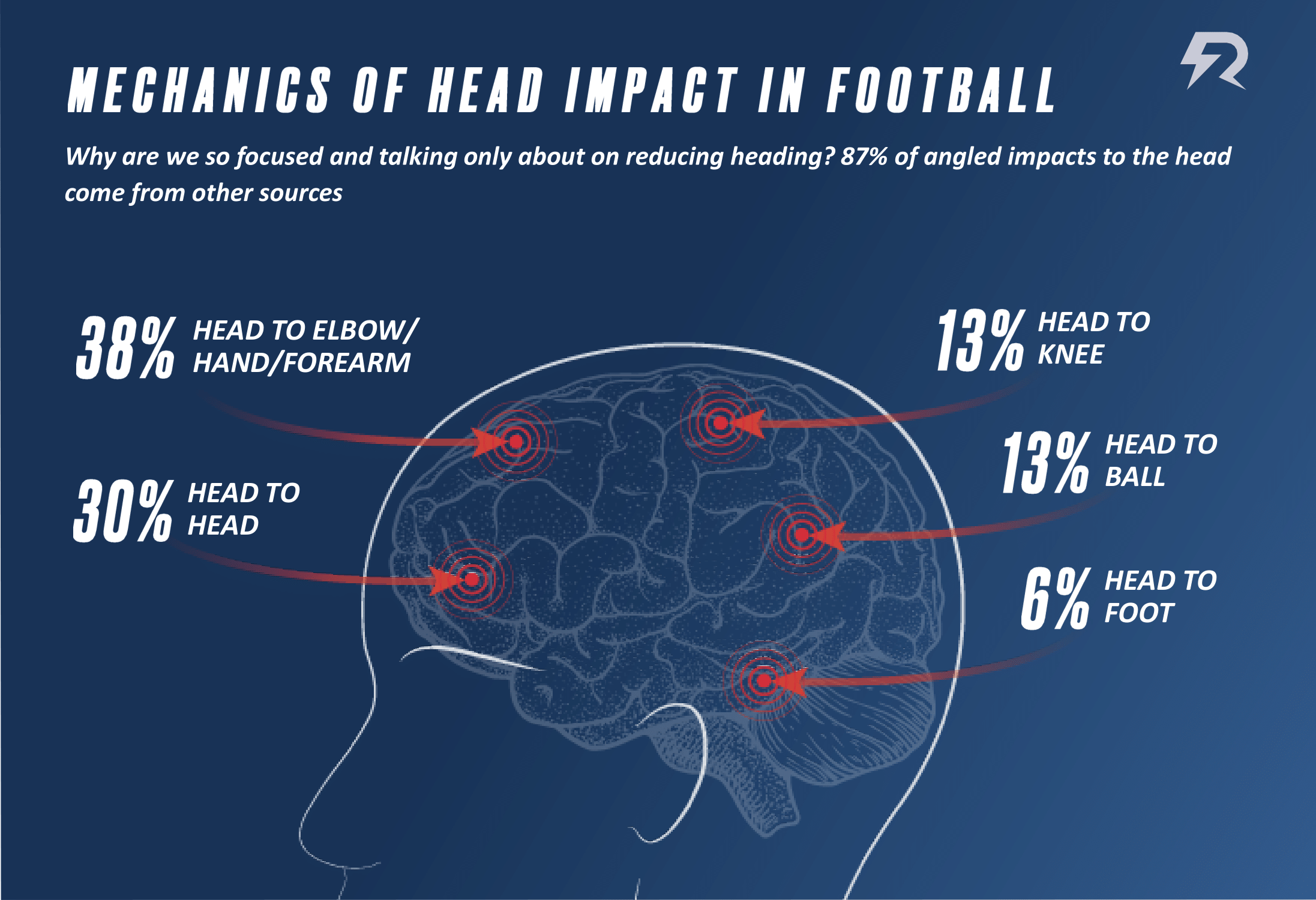 Statistics from Biomechanical investigation of head impacts in football, 2005.

Here you can find answers to some of the more common questions surrounding concussion.

What are the 5 symptoms of a concussion?

Symptoms of concussion include:

How serious is a concussion?

If a concussion is sustained during sport, the player should be removed from play as soon as they are suspected of having a concussion. Those who continue to play after suffering a concussion are more likely to have a higher number of symptoms and more severe symptoms, compared to those who stopped playing immediately after their injury.

How many concussions is too many?

We don’t know any safe threshold tolerance for rotational forces to the brain, or if a certain number of impacts leads to later-life brain degeneration, or if there is a safe threshold of repetitive impacts in a game, season and career. This means every concussion has the potential to be career-ending or life-changing.

No. It’s not the force of the impact to the head in sport, but how the force causes the brain to move inside the skull that is significant to cause damage. However, the force to cause a concussion is 2-4 times greater than for a sub-concussion.

Does concussion cause loss of consciousness?

Concussion does not necessarily require a loss of consciousness. A blackout only occurs in approximately less than c.10% of concussion cases.

Which sport gives you the most concussions?